Laugh Out Loud With Desmond Henderson 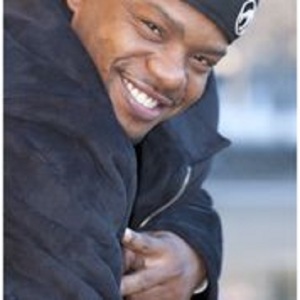 Join ASWIFTT RADIO Host Brenda Johnson Padgitt March 30, 2013 at 1 p.m. CST on the show “Laugh Out Loud with Desmond Henderson.”  Henderson is an upcoming comedian who has done stand up comedy since 2010.   Some people decide they want to be a comedian and some people find out that they are a comedian says Desmond.  Desmond never dreamed of becoming a stand up comedian but has done very well at it since his beginning.  He currently hosts his own weekly open mic show at the Sacramento Comedy Spot and has most recently made his debut at the most prestigious comedy club in Sacramento called The Sacramento Punchline.  Desmond has performed from Woodland to Chico, California and he is just getting started.

For more information on the show “Laugh Out Loud With Desmond Henderson” contact ASWIFTT RADIO Host Brenda Johnson Padgitt at 1-800-775-2708 ext. 3060 or e-mail news@aswifttradio.net.  Catch the show live at www.blogtalkradio.com/aswifttradio.

This entry was posted on March 10, 2013 by ASWIFTT RADIO. It was filed under Education, Entertainment, Family and was tagged with Brenda Johnson Padgitt, Comedian, Comedy, Desmond Henderson, Entertainment, Laugh Out Loud, Performing Arts, Sacramento Comedy Spot, Sacramento Punchline, Stand Up.